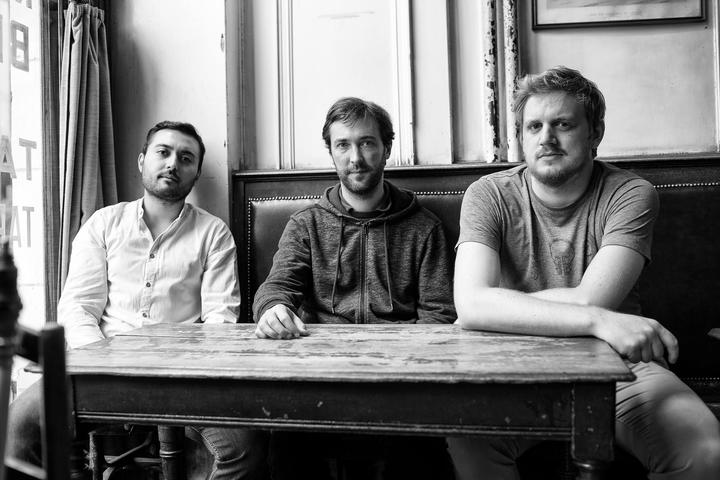 Giuseppe Millaci's new album Songbook (Hypnote Records - 2017) featuring Amaury Faye is now available on Challenge Records International and it's already receiving acclaim from the international press. The first review has been written by american journalist Shahbaz Sipra for the Huffpost:

"The young Italian double bass player Giuseppe Millaci has released his latest project, entitled “Vogue Trio” and his debut album Songbook. The album puts him alongside the French pianist Amaury Faye, who was influenced by Keith Jarrett and Brad Mehldau; and Belgian drummer Lionel Beuvens, who is in charge of spicing up the beat from the percussion section with his impeccable and extremely fine execution.

The sound is engulfed in a dark melancholic and velvety atmosphere. Nine tracks make up this album for a perfect 52-minute playing time.

The first track features ‘Nostalgia Op. 1‘, a bass introduction with a powerful sound. This composition has harmonic characteristics similar to Bill Evans.

‘Imagining The Fourth Dimension‘, a cliché of “Giant Steps,” as its title says, is imaginative and open to any possibility. The piano becomes the protagonist when executing fast and agile melodic lines, while being harmonically accompanied by the bass, as the percussion remains relaxed, but keeps the energy flowing.

In the third track is ‘Travel To,‘ a title that brings some mystery and curiosity to know where the group wants to take us. However, we will have to hear it to find out.

Then we enter into the ‘Unknown Land,‘ which probably answers the question posed in the previous track. This composition glows vividly through the freest improv variations. A few progressions of seventh and dissonant chords don’t hurt anyone either.

‘Song For Clarice‘ could be defined as the resolution of “Unkown land”, using counterpoint.

‘Crazy Night, Lazy Day’ is a strange blues form influenced by Thelonious Monk. The bass is punctured several times, while the piano develops the main theme, and the percussion is nuanced.

The seventh track is ‘Room 317‘, which is a minor Blues that has been ingeniously reharmonized.

‘Lollipop‘ sounds like The Bad Plus, and this composition contains a motif that is exposed and developed on a theme later expanded and on which variations are made. It is interesting and makes you stop to pay special attention.

And last, but not least, the “Ballad of Hoagy Carmichael” ‘Skylark’ is the closing theme that features such sounds as a farewell, which is full of nostalgia until you think it’s over… because it has an element of surprise.

This album has a perfectly done finish with everything right where it should be. It’s balanced, authentic and mysterious., It is not an ambitious project that pretends to leave in clear virtuosity nor compositive geniality. Although it contains these elements, it is not a showoff of abilities perceived when listening to the compositions, as what can be appreciated are true musicians getting down on an interactive experience." 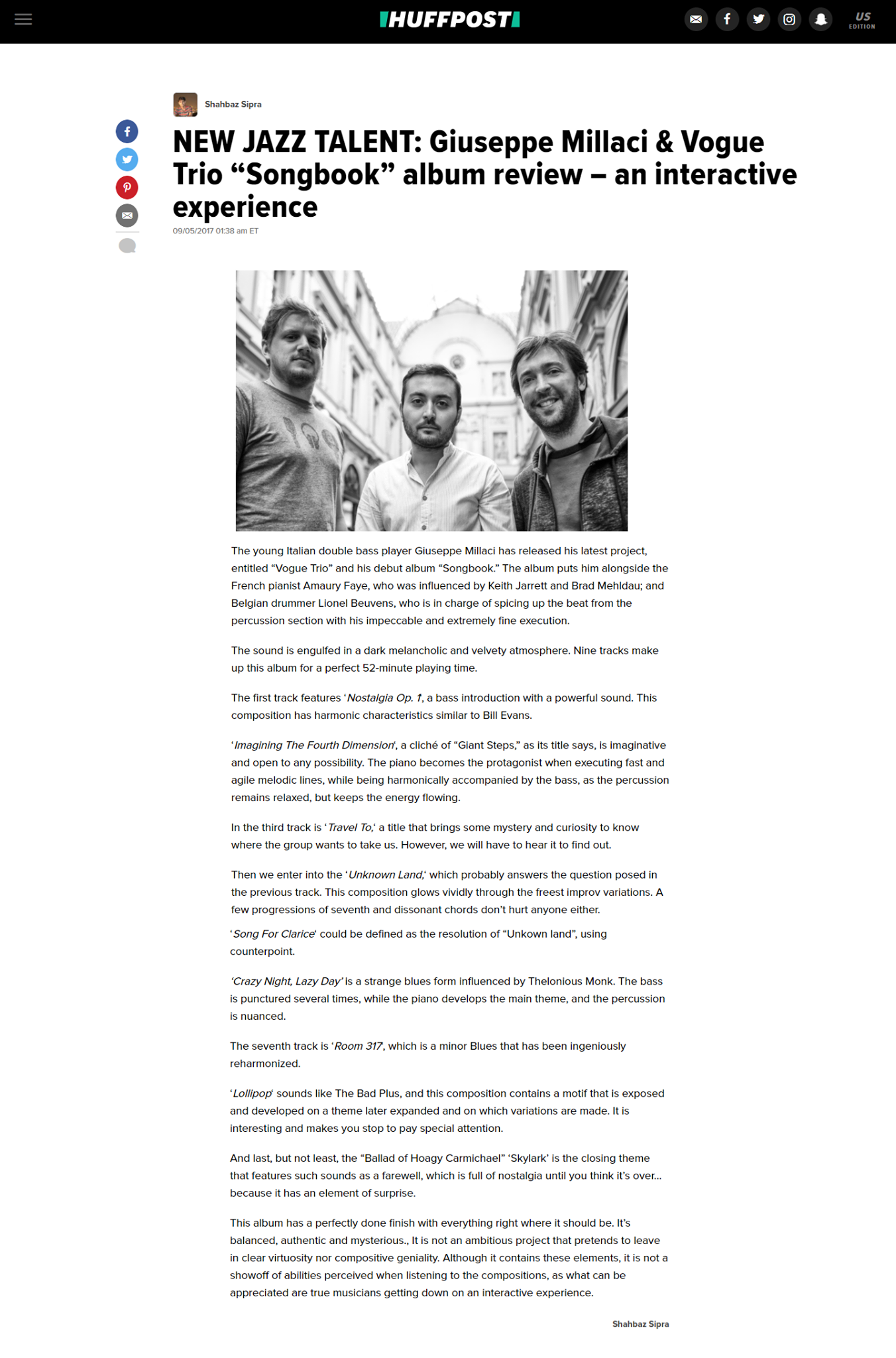