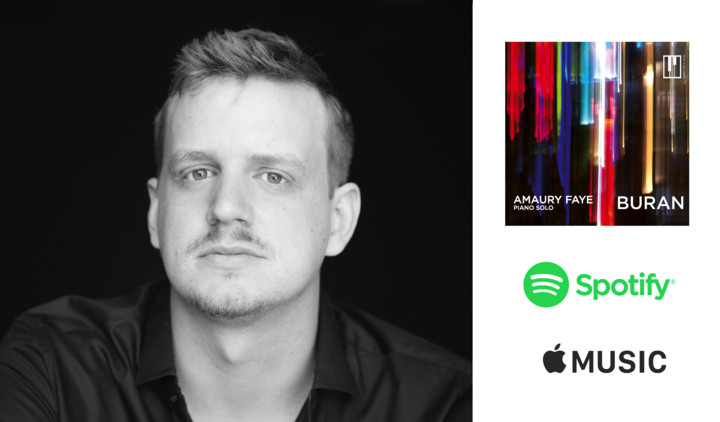 Buran is Amaury Faye's first piano solo album, produced by french label l'Esprit du Piano and will be released on October. The album will feature Amaury's original composition and songs from Jacques Higelin and John Barry. A booklet comes with the album, featuring an exclusive interview of Amaury by french renowned journalist Pascal Anquetil.

"Buran is the name of a space program started in 1976 by the Soviet Union in
response to it’s American counterpart. Consisting in a copy of the american Space
Shuttle, Buran was the most expensive spatial program of soviet history and was
abandoned only two years after the collapse of the U.S.S.R. I chose this title to pay
tribute to two people who played a decisive role in my career, who have always
supported me and pushed me to follow my dreams: my parents. They are and
always have been an inspiration to me, because they also decided to follow their
dreams and make a career out of them.

Buran in russian means « Snow Storm », and also in my mind conjures images of the
great plains of Siberia, freezing nights, the span of a country which for a long time
remained closed off to the rest of the world and was always secretive. It still excites
my curiosity and fascinates me today. This name was an obvious choice, allowing
me to blend these themes and find my inspiration in a very instictive way.