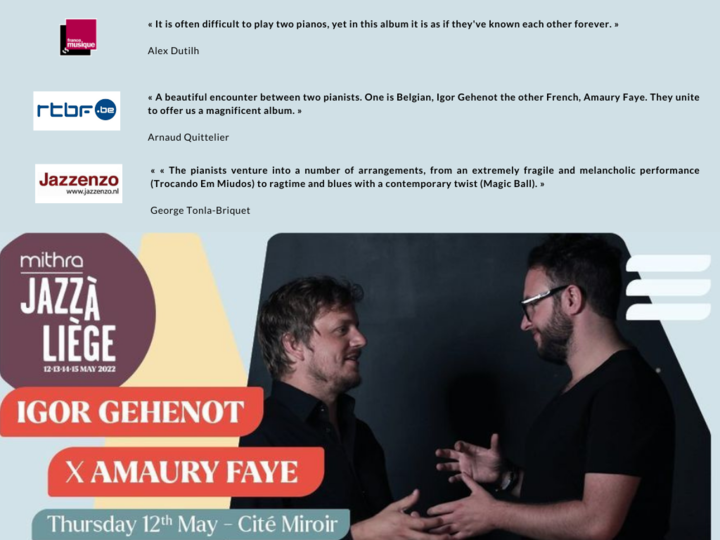 Alex Dutilh on France Musique said "It is often difficult to play two pianos, yet in this album it is as if they've known each other forever.", while RTBF-Musiq3 mentionned "a “A beautiful encounter between two pianists. One is belgian, the other french and they unite to offer us a magnificent album."

The album has also been reviewed by journalist George Tonla-Briquet for dutch online magazine Jazzenzo, a review that you can find below this article. 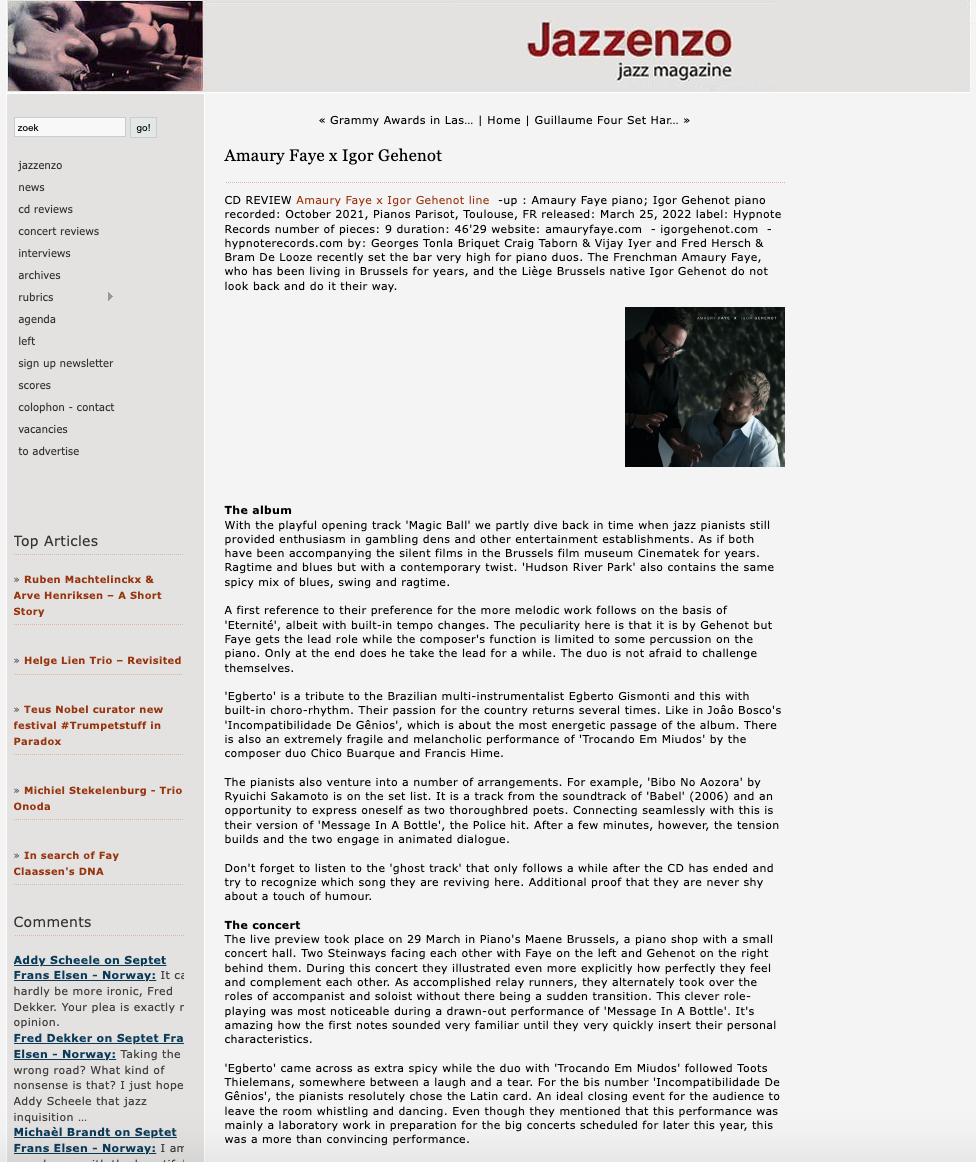 The duo will perform its first official release show for Mithra-Jazz A Liege festival on May 12th. For more information, go on its official website.